Christina Stembel founded Farmgirl Flowers from her dining room in a tiny San Francisco apartment in 2010. Over the past eight years, she has bootstrapped the company to over 120+ team members doing more than $20M in annual revenue in a 30,000 square foot warehouse only a few miles from that dining room where it all started. Today, Farmgirl Flowers ships its signature burlap-wrapped bouquets, hand-tied vase arrangements, plants, and gifts to recipients all over the lower 48.

Q: What does “walk like a woman” mean to you?
A: I’ve spent a lot of time thinking about what it means to be a woman, both personally and professionally. There are so many things that are associated with being “feminine” that I enjoy. I love to get dressed up, I love how changing clothes (and shoes!) can make me feel more powerful, more relaxed, more creative. I’m completely forgetting who said this, but fashion is the art we live our lives in. Traditionally women seem to have more leeway in this “making” this sort of art (though I love that this is becoming less the norm as well) and I feel lucky that I can express myself this way.

That said, there are some incredibly difficult realities that I face as a woman in business. I’ve been vocal about the difficulty of securing venture funding as a founder that is also female. I’ve also been vocal about the difficulties I’ve encountered as a woman in a male-dominated space like agriculture. I’ve been less vocal about the difficulties I’ve faced personally as I grapple with being on such a public stage while handling the (unfortunately) common issues with my appearance that so many other women face. From my weight to my wardrobe to my hair – there isn’t a part of me that hasn’t been commented on by complete strangers (in person, online, or otherwise) since starting this company. I’ve gotten so much better at ignoring this criticism but I admit that there are days it still gets to me. And honestly, on days when I’m gearing up for a press feature and especially when I’m going on TV, I can also be my own worst critic. It’s easy to find fault in how you look when you’re watching yourself in high definition.

All of this to say, to me, since starting Farmgirl walking “like a woman” has felt like a sort of a tight rope walk on a very thin wire. When I’m balancing this push/pull of being a woman, and a woman in business, I’ve never felt more graceful or powerful. But a little too far in one direction and, well, falling is a very real (and very public) possibility. Back at the beginning of the company, the stakes felt extremely high. One negative comment or obstacle or failure felt like the end of the world. And the higher the stakes, the higher that tight rope felt. As I’ve gotten older and gained a bit more experience with dealing with the criticism and fielding the hurdles, those stakes have gotten smaller. Falling is still a very real possibility, but it feels like that “rope” has gotten closer and closer to the ground.

Q: What inspired you to start Farmgirl Flowers?
A: I find that with a lot of physical goods the founding story begins with a passion for that particular product – clothing, ice cream, etc. I think there’s a temptation, especially with the press, to try and pull this same story out of me but my passion was never flowers. While I’d grown up in Indiana, I’d eventually made my way to the Bay Area, and living in northern California I think it was a matter of time before I caught the business “bug.” I think it’s just inevitable being this close to Silicon Valley and rubbing elbows with the greatest of great tech giants and so many of those unicorn startup success stories. Purely and simply, I wanted that – the growth, the education, the success. I feel like it can be taboo for women to actively seek success. People always want there to be another motivation behind a woman starting a business other than wanting to “make it big.” Don’t get me wrong, I love that the flowers my team makes bring such joy to our customers. But the goal of Farmgirl, my goal, from day one was to grow a big business. I aim to get as far as humanly possible.

Q: Where do you find inspiration?
A: Although the creative parts of my job are what make me the happiest, I spend most of my time these days in my inbox and Excel, and managing people. I think because I get to do it so little it’s easy for me to find inspiration. It can be an outfit, a page in a magazine or something my team is obsessing over, but it doesn’t take much for me to get “grabbed.” Whether it’s a runway look or a painting, I’m always heavily motivated by color and texture. It’s fun to start there, and translate it into flowers, bits, and greens to create a new arrangement.

Q: What’s your go-to shoe?
A: Just like I don’t have a standard day at Farmgirl, I don’t really have a standard shoe. For me, it totally depends on what I’m doing. If I’m at the Farmgirl warehouse all day in meetings, I’m usually in a comfortable flat or even sneakers. If I’m taking meetings I’ll usually dial it up a few notches with something a little dressier like a bootie or a chunky heel. And, of course, if I have a business dinner or another event at night I like to turn it all the way up with a pair of really gorgeous pumps. The Perfect Pump is my current favorite because, well, it’s perfect. Not too tall, not too pointy, not too hard to walk in!

If I had to pick my biggest problem though it would be not running out of money. It sounds so simple, right? Spend less than what you make. But when you’re bootstrapped (that means no outside investment) there isn’t a cushion to fall back on. And growing at the rate that we are is expensive. And the real kicker? As we keep getting bigger so do our bills. It’s this very big, very expensive, loop of cash flow problems. I wish I had a silver bullet for solving it, but if you’re committed to funding your own growth there really isn’t one. One thing I’ve found that helps, though, is to prepare yourself for those times when you need to run lean. I like to call them “bring your own pens to work” days. Back in the early days of Farmgirl I had a lot of those. I remember switching from coffee to tea because it was less expensive. I’d stretch my budget with instant noodles and by literally never, ever, buying anything for myself. And it wasn’t just money I was sacrificing, but time. Time to myself, time with friends, time with family. The difference between believing in your dream and working to achieve it means a lot of sacrifice and a LOT of hard work. It’s not for everyone, but if you’re willing to put the work in the reward is incredible.

Meet the Woman Behind the Brand

Sarah Flint launched her business at the age of 25 after studying at FIT and the famous Italian shoe design school, Ars Sutoria. She studied right alongside factory workers to better understand the time-honored craft and what her customers need. Today, Sarah Flint has evolved into a household name that honors original design, unrivaled quality, and direct-to-you pricing.
Categories
sarahflint_nyc
I Followers I Following
Shop The Look 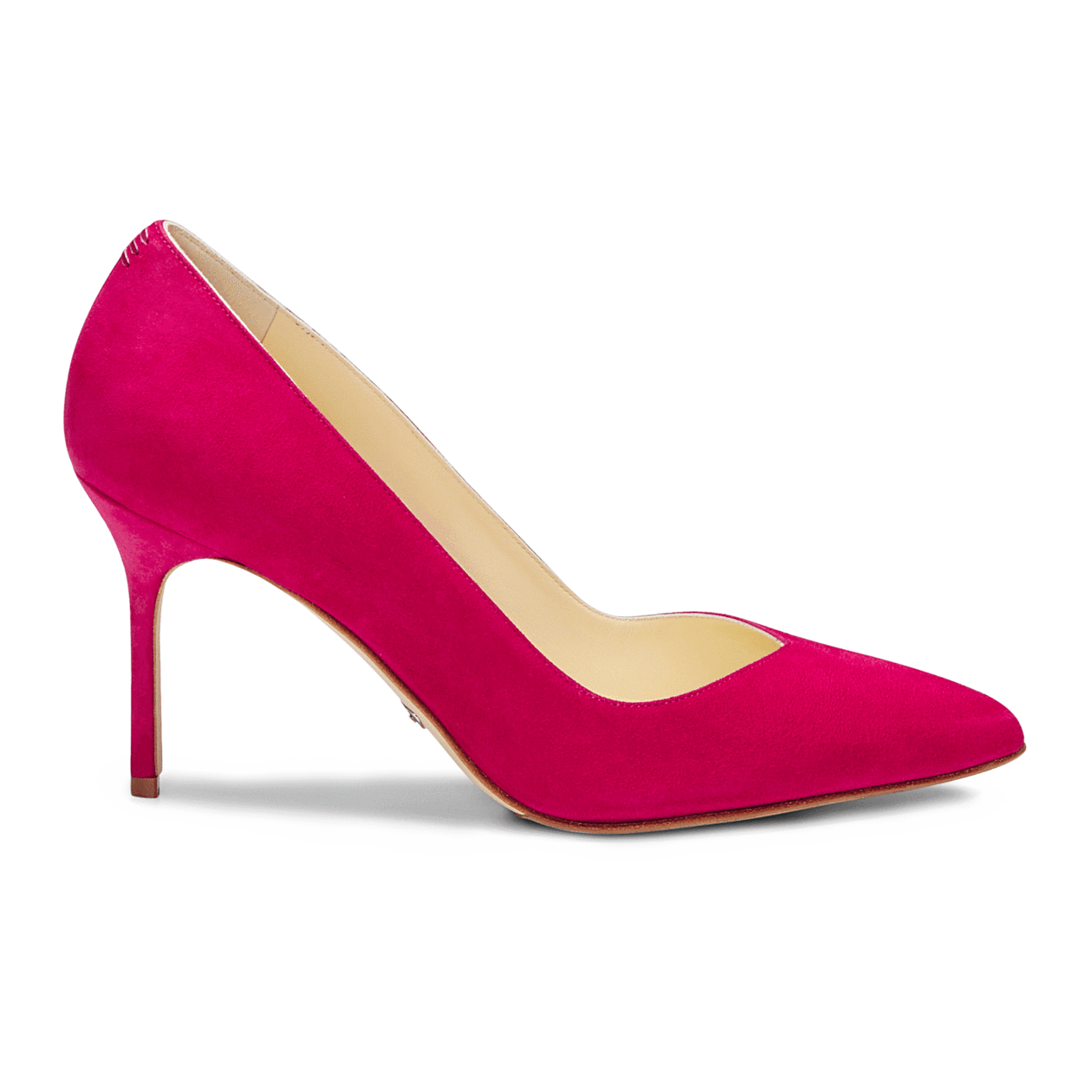 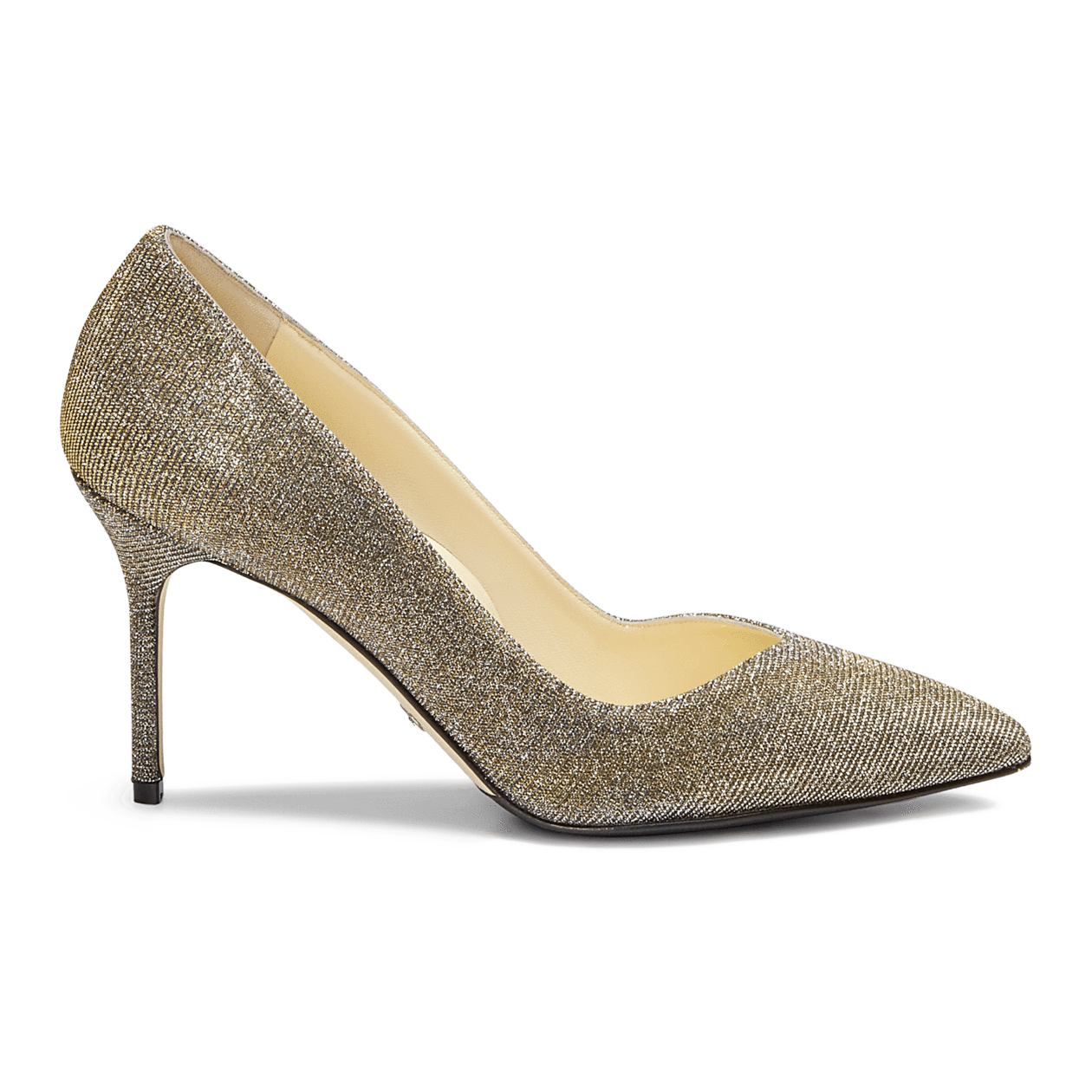 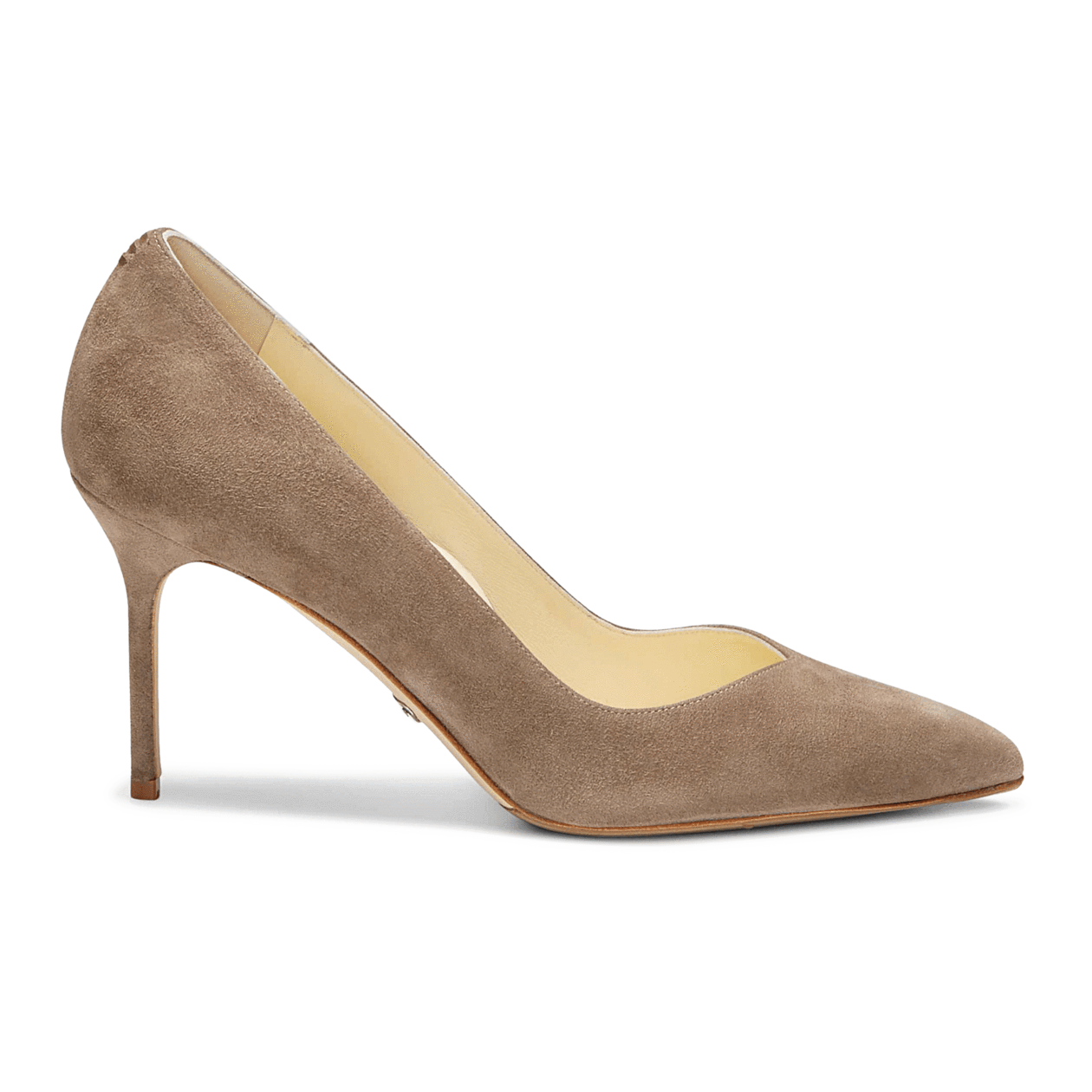 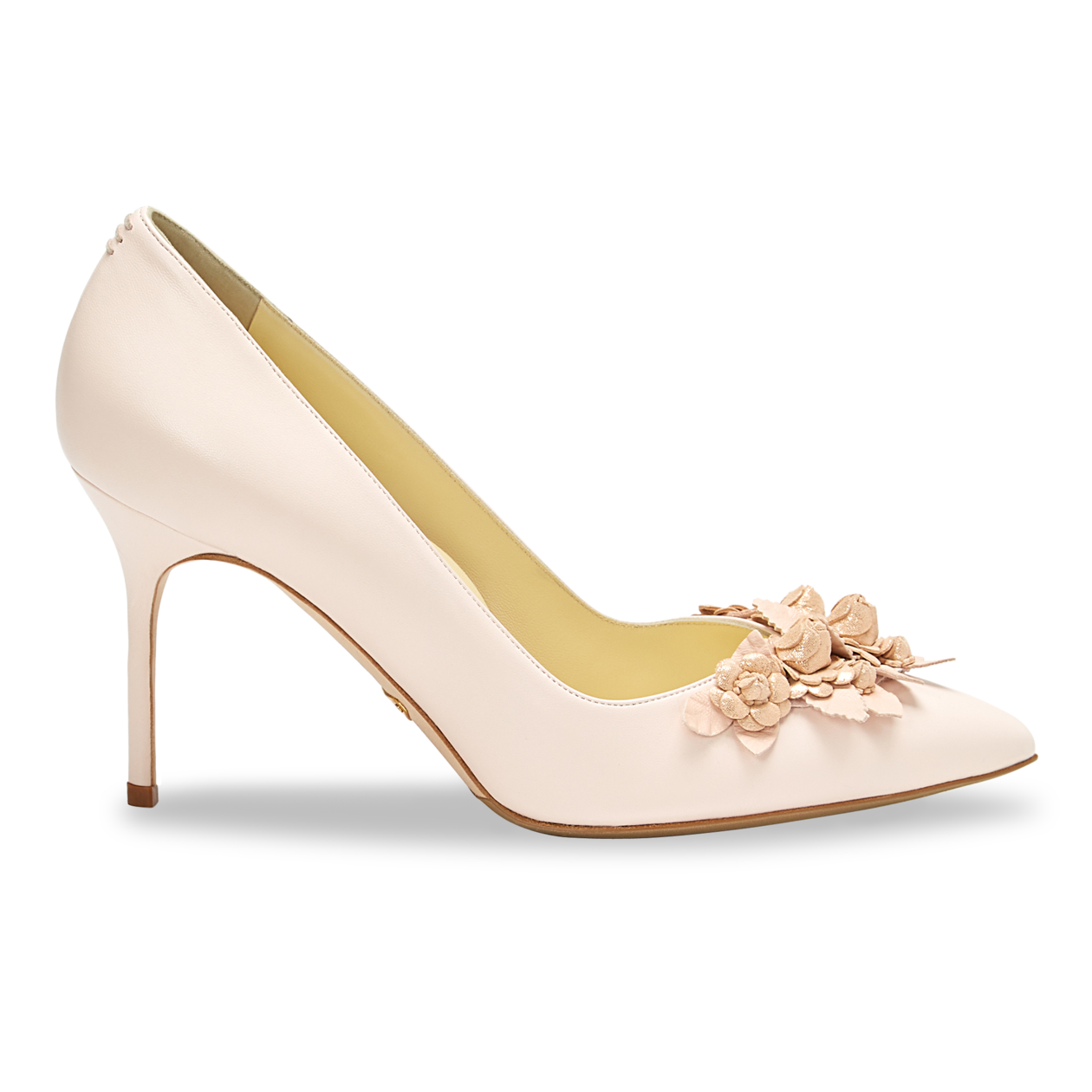 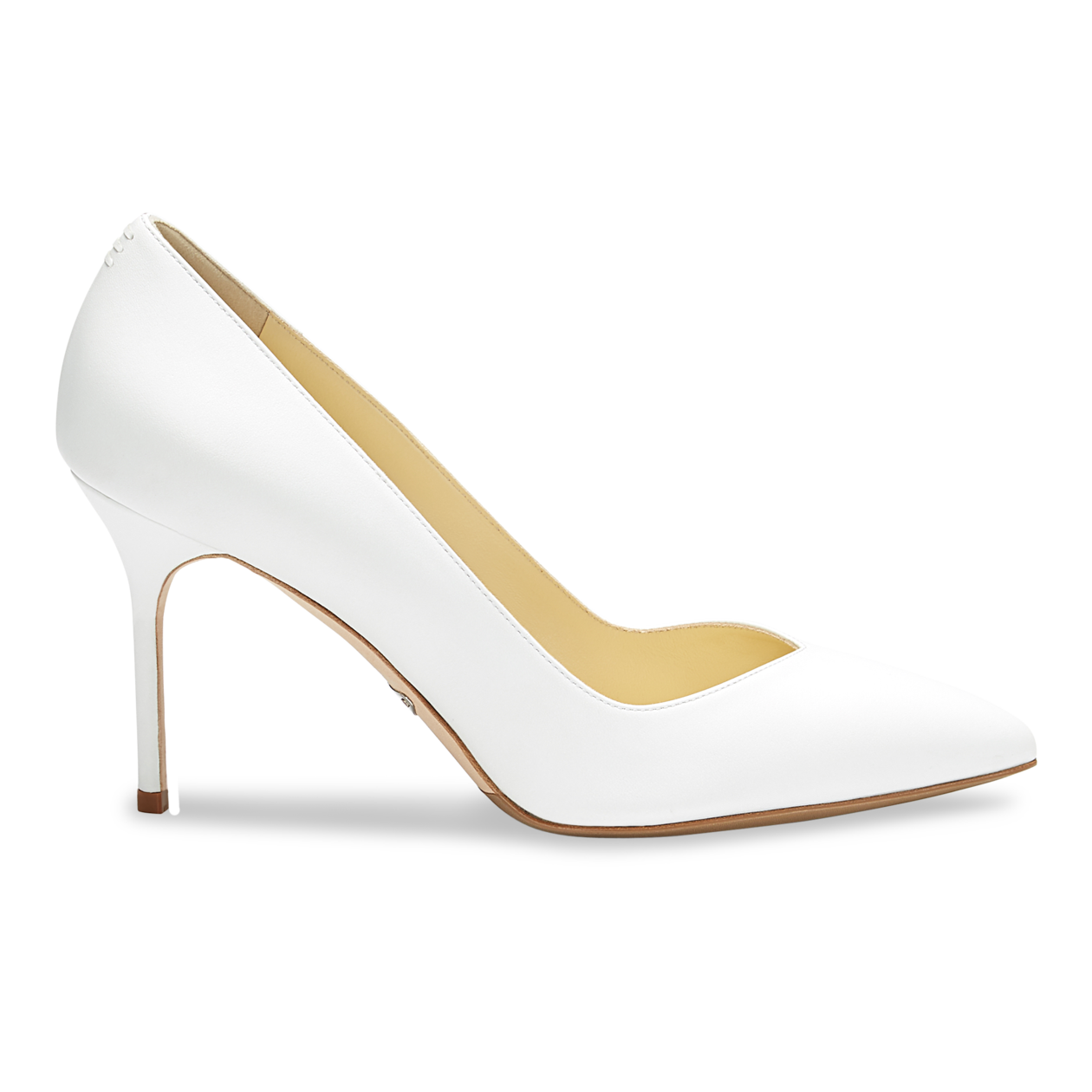 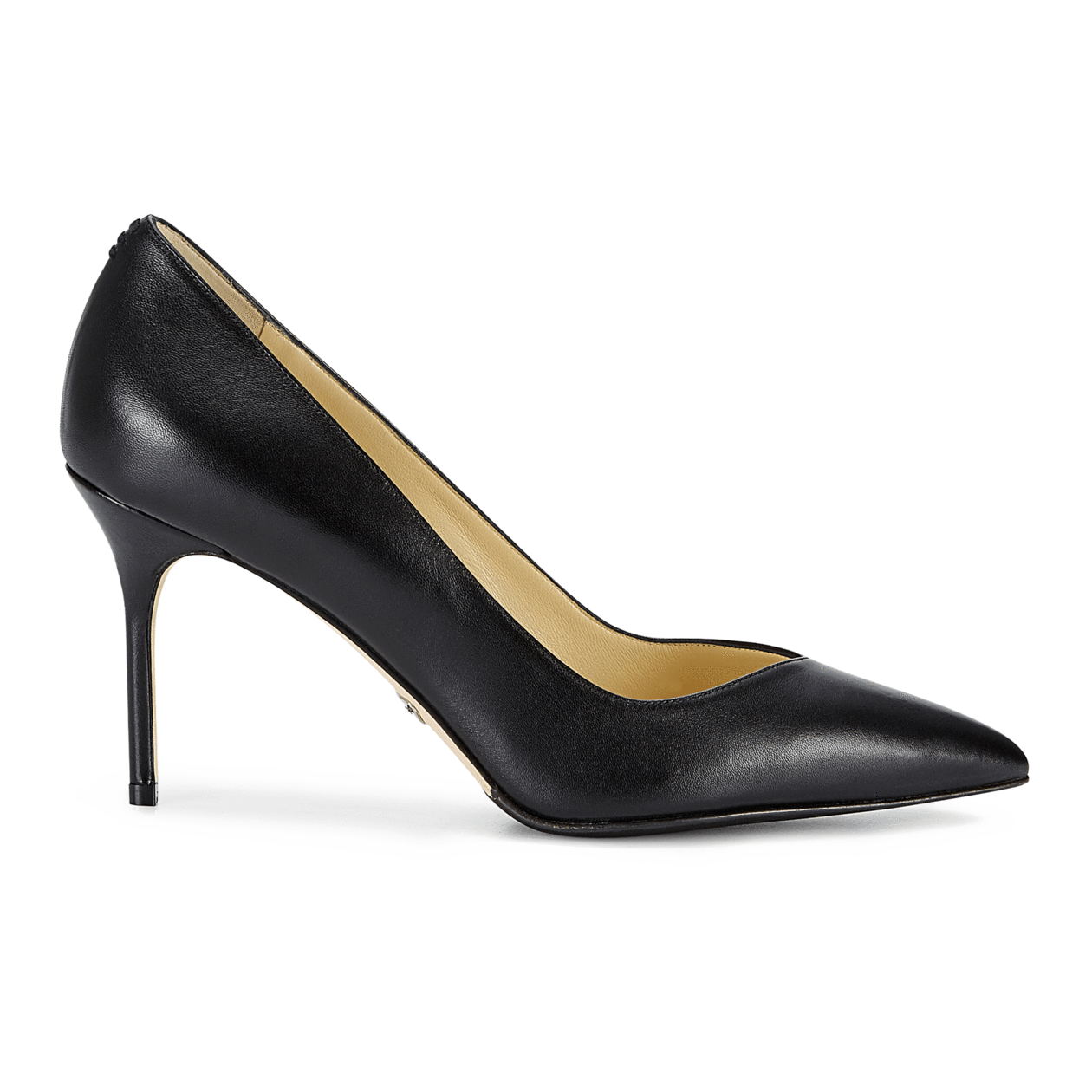 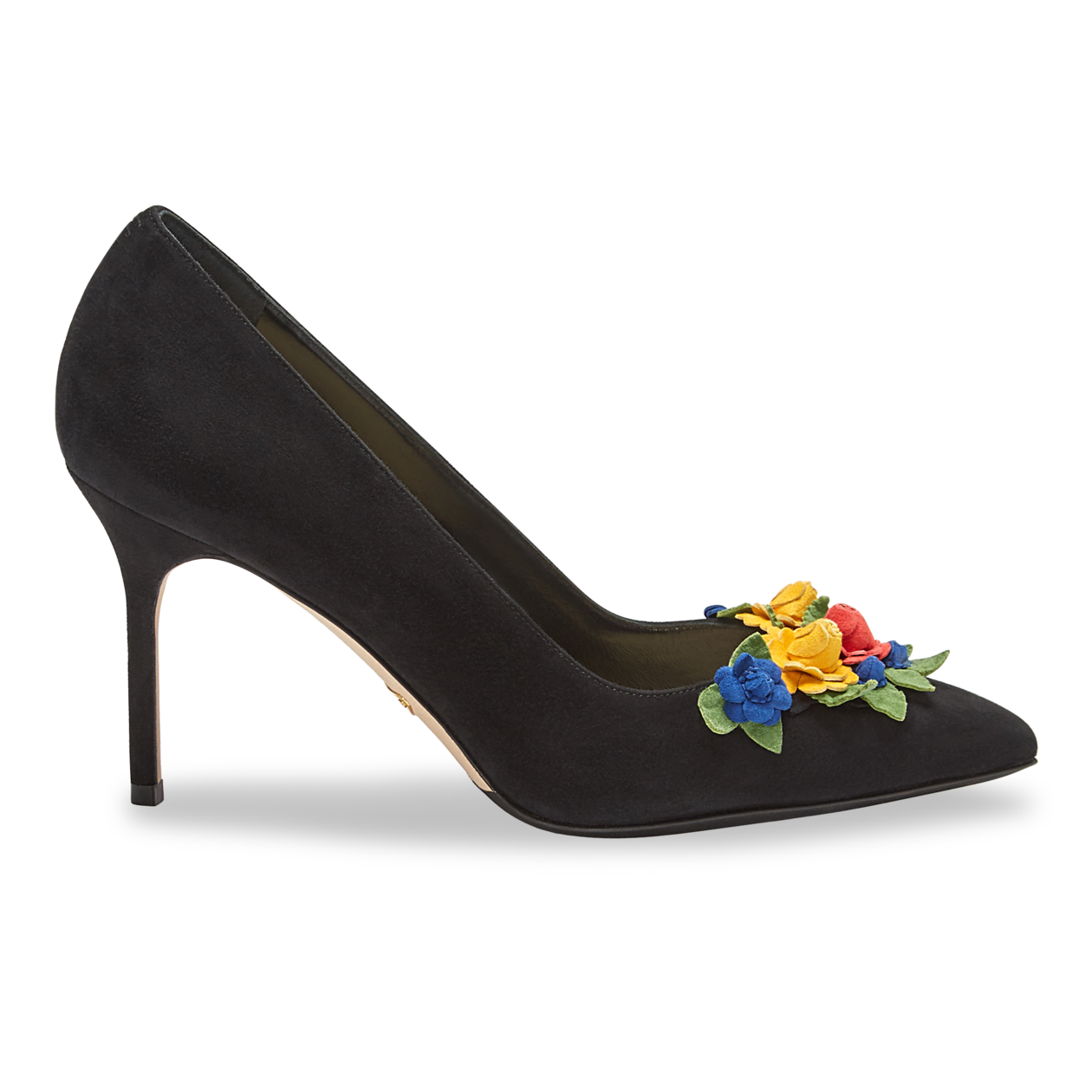 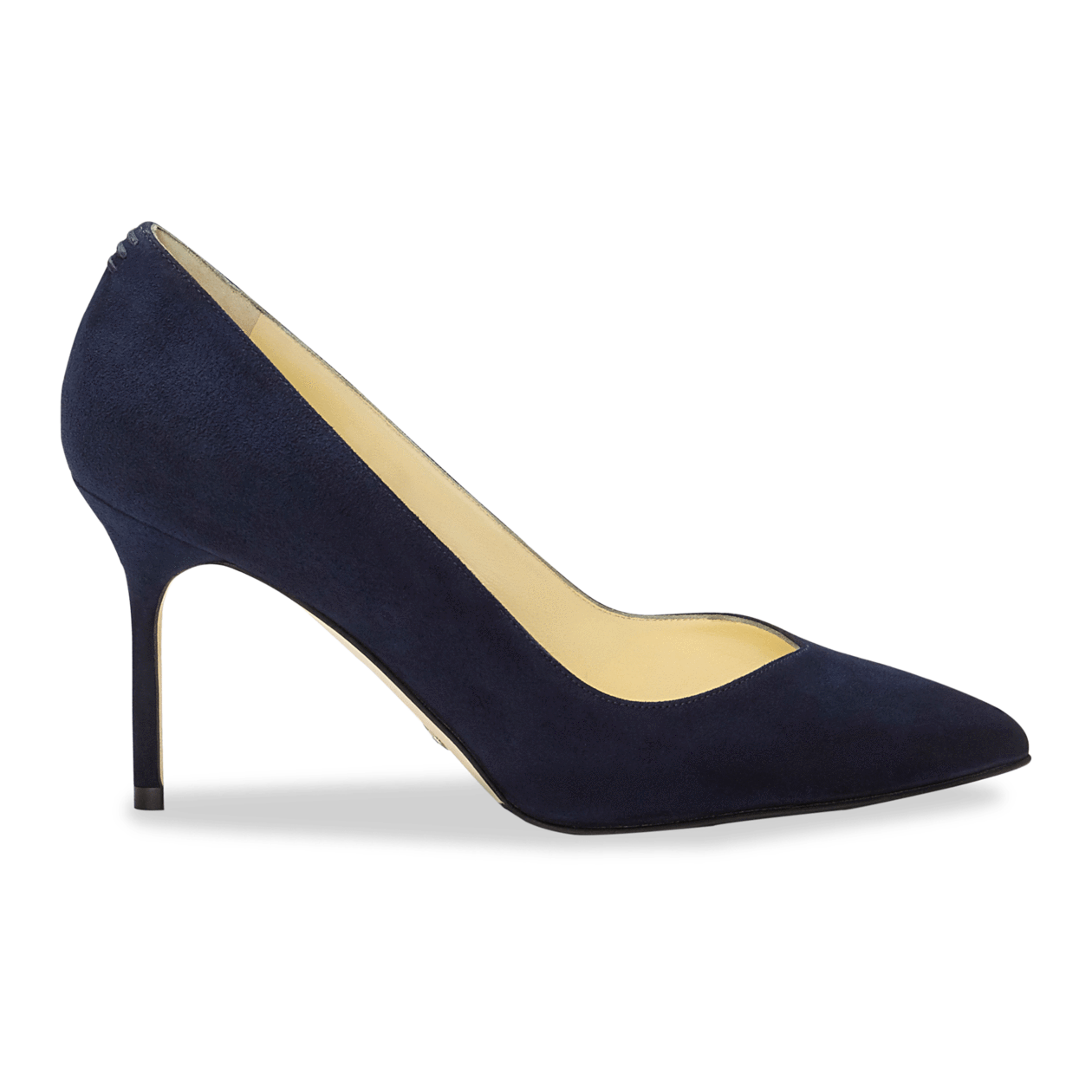 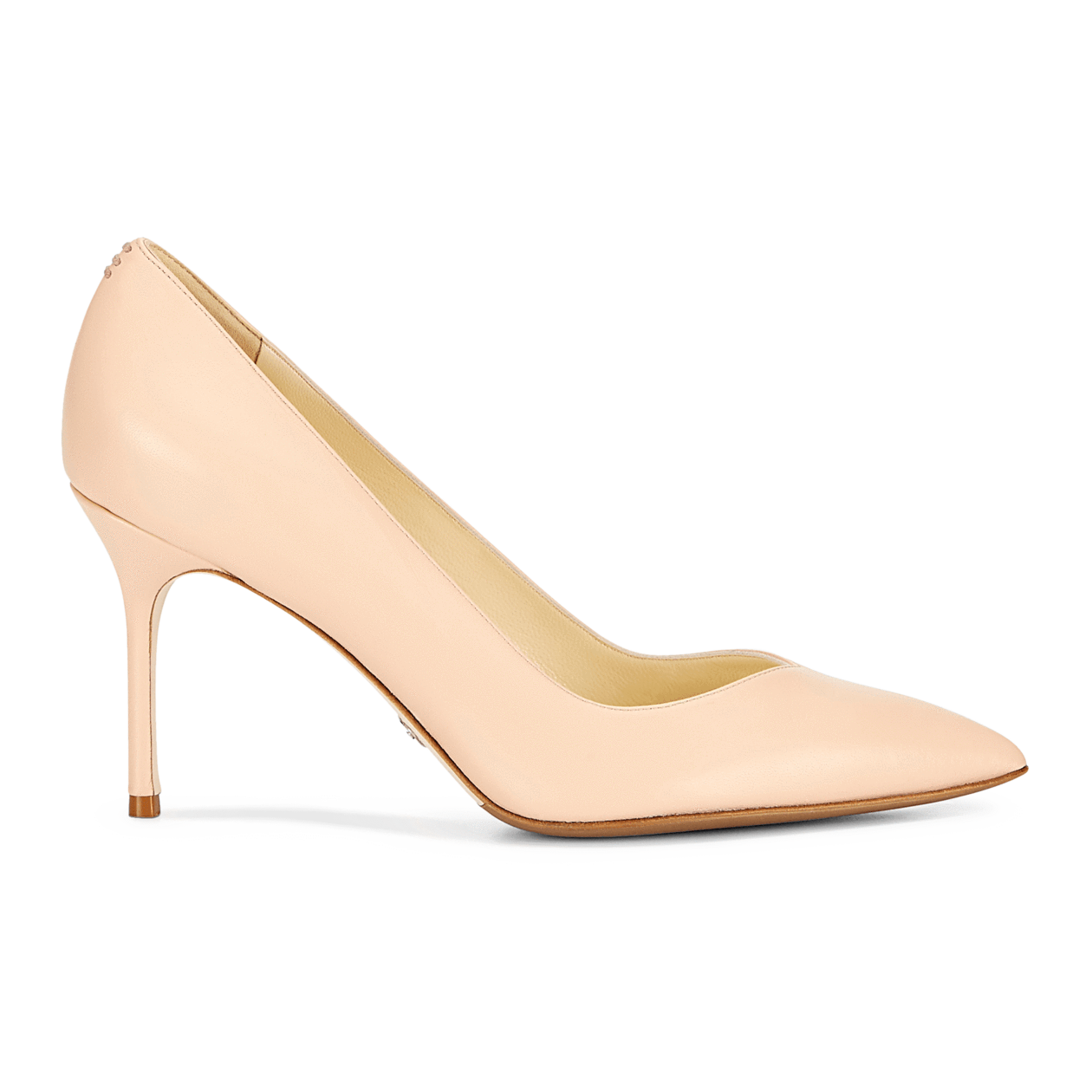 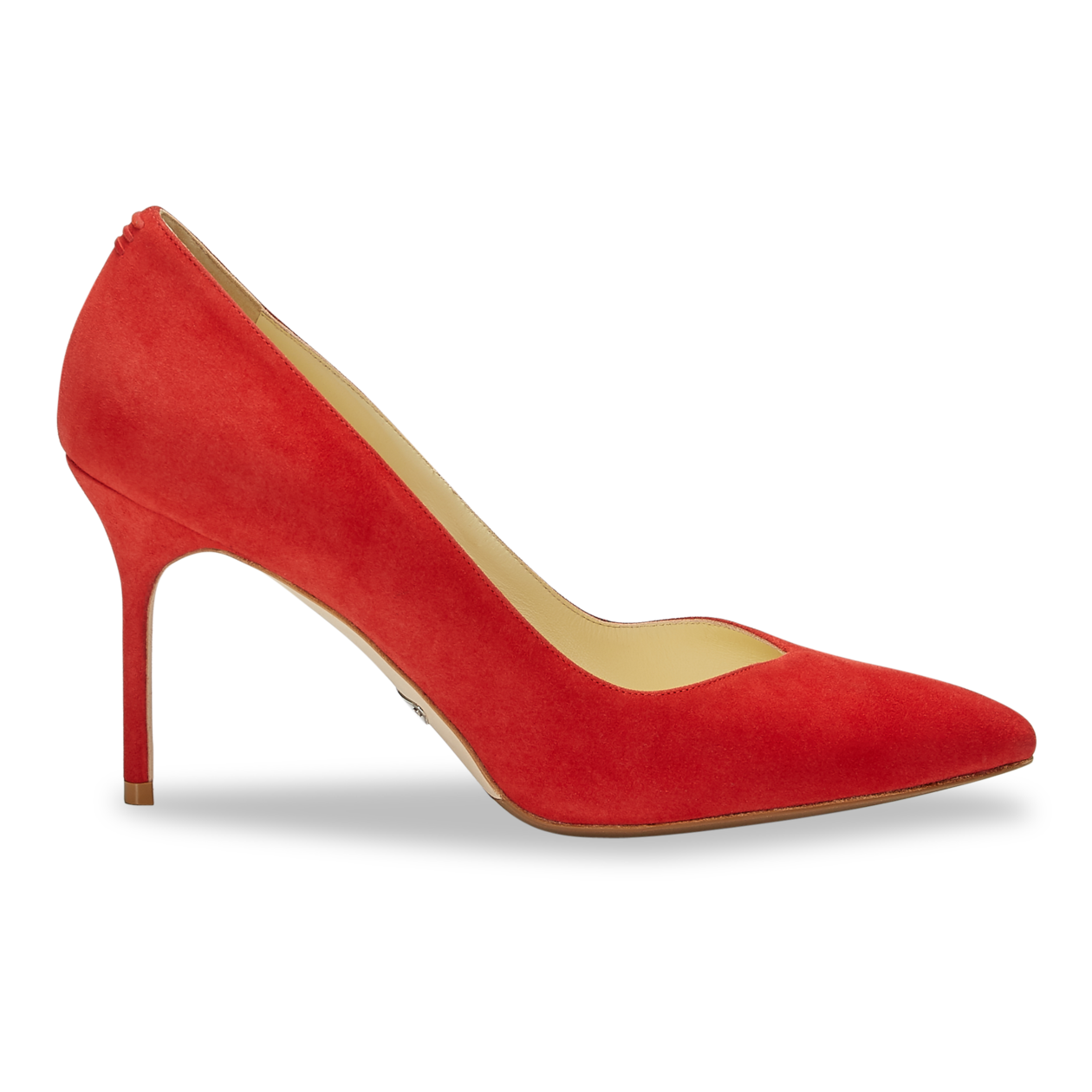